US Election 2020: Will Indian-Americans pave the Way for Trump’s 2nd term?

The wax and wane of Indo-American relations

Although the very initial historical links between the United States and India can be dated back to 1492 when Christopher Columbus discovered America in his search for a new route to India, the official relations of greater consequence began after India gained its independence in 1947.

Throughout history, Indo-American relations have undergone considerable degrees of mutual harmony and discord. The Second World War marked the beginning of Indo-U.S. relations when the Japanese attack on Pearl Harbor revealed the strategic importance of India’s co-operation in the war.

America’s growing aid to Pakistan during its war with India had caused a rift in the track. Whereas, the friendship truly blossomed during the Kenney period when the US wrote off the largest amount of foreign debt to ever be cancelled in history- by liquidating two-thirds of its accumulated rupee holdings of $2 billion in India.

Irrespective of this ebb and flow, India has been pursuing well-planned policies to improve and strengthen its relations with the United States since the early 1980s.

It is no surprise that the United States being a world superpower has major influence over world politics. The US presidency elections inevitably direct the flow of politics, economic policies, financial aids, military interferences for not just South Asian countries such as India and Pakistan but also for prominent first world countries in the world as well. 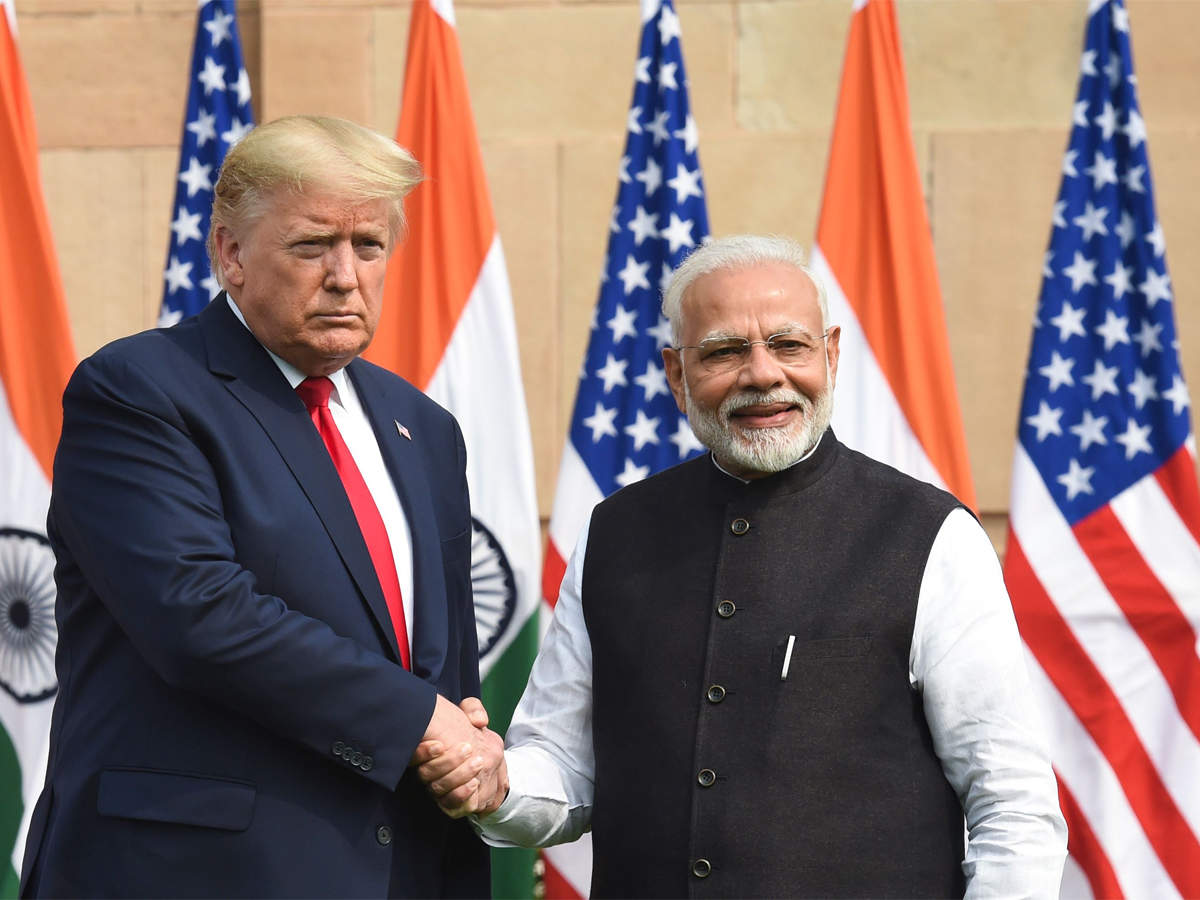 The upcoming US presidential elections will be held in November 2020 when about 230 million American voters will cast their votes based on class, race, religion, and gender. One major development in the estimated voter’s base is the growth in the number of immigrant voters that constitutes about 10% of the total voters in the states. A big fish in this immigrant voter’s pool comprises of the 1.3 million Indian-American voters.  Hence, making it fundamental to recognize the role that international politics, particularly Indian politics plays about the US elections.

A majority of the south-Asian demographic in the US had arguably supported the democratic government in the past. This year, however, owing to the mounting polarization in the US, the Indian-American votes also likely to observe a split between the democratic and republican candidates.

The Trump government certainly has more in common with the Indian Modi government than just the peaking COVID-19 cases and the rising economic slump. The familiarity began following PM Modi’s visit to Houston last year in which President Trump took an active interest. 50,000 Indian Americans who attended and applauded the ‘Howdy Modi’ event have contained a large share of Indo-American voters.

Since the Houston event, Trump has time and again emphasized his friendship with Modi. The growing polarization in the US is something we can witness in India as well, especially the mounting religious divides.

A large campaign by the name of “Hindus for Trump” also came to the spotlight following an October 15 event organized by the Republican Hindu Coalition at Edison, New Jersey.

A bigger proof of the strategic bond between the two leaders is the lack of interference by the republican party into controversial Indian activities. Of late, Indian political resolutions such as the abrogation of article 370 from Kashmir or the CAA have not only sparked national but also international outrage. whereas, the current American government has given a green signal to such developments.

Democratic leaders, on the other hand, have raised objections against the same and have called out the Indian government for its rising bigotry.

“Over 200 million Muslims call India home. Widespread anti-Muslim mob violence has killed at least 27 and injured many more. Trump responds by saying, “That’s up to India.” This is a failure of leadership on human rights.” Bernie Sanders had said in a tweet which was received by criticism by the Indian right-wing leaders.

Democratic Party representative, Joe Bidden had also objected to CAA and Kashmir ruling while declaring his distrust over the current Indian government.

Nevertheless, more indo-American voters are expected to vote for Trump than they would’ve for any other republic party leader before him.

Scope for the Democratic party

Irrespective of the ties between the American Republican party and the Indian right-wing, the democratic party of the US is not supposedly hopeless. several liberals of Indian American origin are likely to vote for the democratic candidate Joe Biden.

Even though there’s still much to dislike in Harris’s political career such as her atrocious record on civil liberties, she has still come out as the best possible option amongst other leaders such as Susan Rice.

Democrat Vs. Republican- what does it mean for us?

While a Joe Biden victory is likely to provide relief to India in matters concerning structural stability, the trump government is expected to redouble its efforts to curtail immigration and rebalance trade, which would further lead to Indian distress. At the same time, President Trump shares a good rapport with the ruling party in India whereas, a democratic party in the states would enable greater criticism of India’s stance over issues like Article 370 and CAA. However, Biden’s open criticism will arguably not bear any significance in the lives of a common Indian.

Consequently, Trump or a Biden electoral victory will present the Indian government with both opportunities and difficulties. The dynamics of the two countries have undergone dramatic changes in the past few months with the battle with COVID-19, skyrocketing unemployment, and widespread countrywide protests.

These unpredictable times have rendered a rather cloudy picture of US politics; giving us all the more reason to carefully observe the US 2020 elections.

There’s no doubt in anyone’s mind that COVID-19 has changed the world. Since it is a global pandemic,…
byAsish Das

The US Geological Survey said that an earthquake of magnitude 7.4 on the Richter scale hit Oaxaca, Mexico…
byAniket Gupta
Total
1
Share